I had the opportunity last week to visit CFB Trenton where a version of Canada’s new SAR platform was on display for the media and members of the SAR community at large. CASARA was of course invited to see the new aircraft and members from National, Quebec and Ontario were represented.
The aircraft, an Airbus 295 was on loan from the Brazilian Air Force. It had many of the new features that the Canadian version will have but the most striking was its suite of advanced EO-IR (electro-optical infra-red) cameras. An MX-15 camera turret mounted on the front of the aircraft made by Burlington, Ontario’s WESCAM was front and centre. In the aircraft itself were two stations which takes all the data from the cameras and makes sense of it.
I have included a few photos below. As you can see this is pretty advanced technology. The aircraft itself is a very mission specific platfrom whereas our current legacy aircraft, the CC-130 Hercules is really a multi-mission platform that can be configured as the scenario requires. As such, it is a much smaller aircraft and is powered by two engines vs. the mighty Herc’s four engine powerplants. The first delivery is scheduled for sometime around 2020 and the fleet could be online by mid 2025. 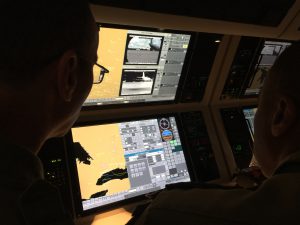 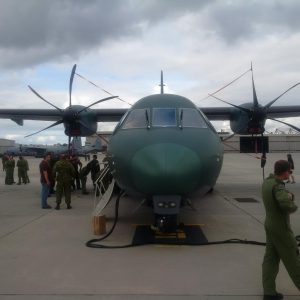 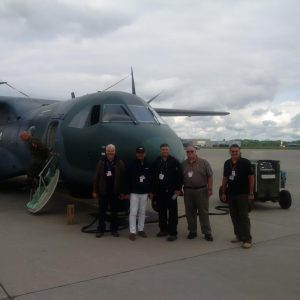 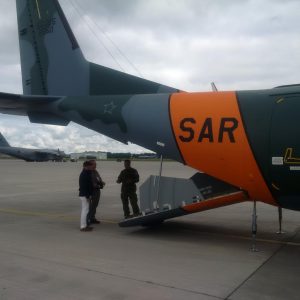 From June 30 to July 2nd CASARA, for the first time ever joined 424 (T&R) Squadron, 8 Wing, CFB Trenton at an international airshow held at Traverse City Michigan (KTVC).  Picking up crews from around Ontario proved challenging due to weather. The CASARA contingent from CARES Zone 11 Niagara, flew a Cessna 337 Skymaster and was forced to leave the night before to pick up Adam Hill from CASARA London, Ontario and then the next day divert to KMBS (Saginaw) en route to KANJ (Sanderson MI near Sault Ste Marie) to clear US Customs. The 424 Squadron aircraft, a Hercules CC-130H, attempted to pick up our crew at KANJ but it too was forced to adapt to the changing weather and finally land at KCIU (Chippewa) where they were able to pick up our final member (Wayne Spencer from CASARA Sault Ste. Marie) for the airshow and clear US Customs. A CH146 Griffon helicopter also made the trip but again due to weather was forced to delay its arrival until after seven pm that day.
Upon arriving at KTVC we found ourselves in good company with the hospitality of the Traverse City Coast Guard Station where we were eventually positioned fittingly under the wing of our Hercules. A variety of US aircraft were in attendance including A-10 Thunderbolts, The US demonstration team, The Thunderbirds flying F-16’s, F-18 Super Hornets and the odd Blackhawk helicopter. It was quite a display! The CASARA aircraft acted as a static disply while the Herc and Griffon flew flypasts on both days with CASARA Spotters onboard. It was a very successful weekend for both 424 and CASARA.
A second reason for attending was to check out the CAP (Civil Air Patrol) at Alpena two and a half hours away. Our CLO, Capt. Claude Courcelles accompanied by the AC for the Cessna Skymaster, Gord Tessier along with the Navigator, Alex Cuberovic made the trek to Alpena where they spent the next day observing CAP’s cadet training program, discussing CAP technology and learning everything we could about CAP. Essentially taking their best practices to see if we can adopt any of them to CASARA. In the end it was discovered that CAP and CASARA are very much alike. The sense of volunteerism among their memebers is par excellence. They truly reflect what is best about America and they made us feel very welcome. We will continue to learn and exchange ideas with our southern neighbours. After sharing a meal with them we departed the next day back to Traverse City. We left for home but were again challenged by the weather forcing us to leave our crew member, Wayne Spencer about an hour south of where we had planned. In the end, everyone made it safely home.
It was an historic weekend for CASARA and we look forward to many more opportunities to share best practices and improve our already good relations with our Amercian SAR partners.

As we approached Canadian Airspace we were soberley reminded of just why we were there.   A controller calmly but with a sense of urgency was calling out, looking for an aircrft that as he described it,  was officialy reported as overdue. As we neared Grand Bend my Spotter received a text indicating that one of our own Hercules was involved in a search on the west end of Lake Erie after a distress call was made and an overturned canoe was discovered.

“That others may live”

Below are a few photos from the event. 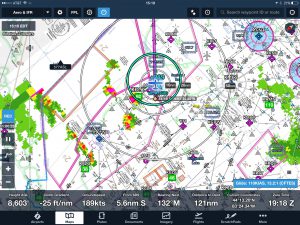 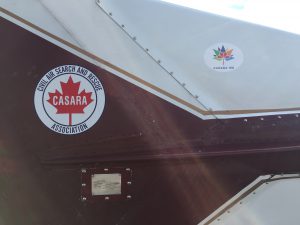 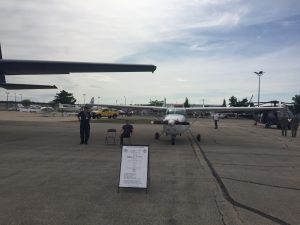 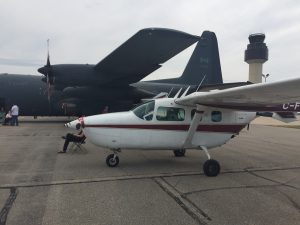 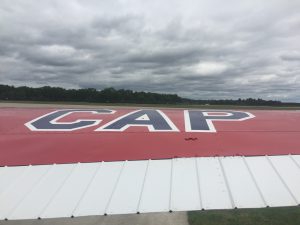 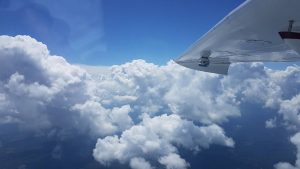 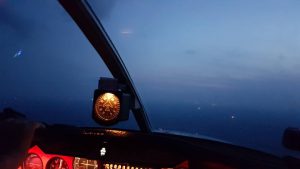 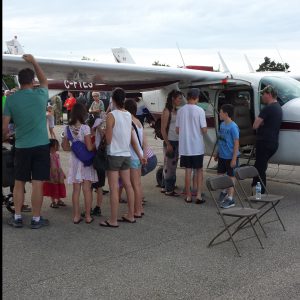 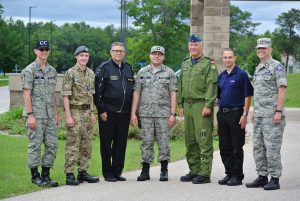 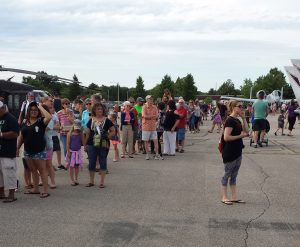 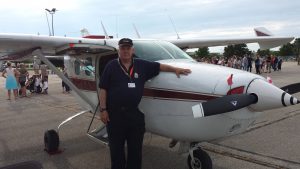 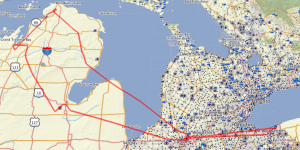 On June 16,2017 CASARA North Bay participated in Armed Forces Day at the North Bay Airport. They were joined by three members of CASARA New Liskeard. See the very nice display and some photos below. 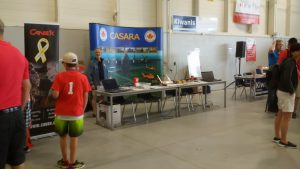 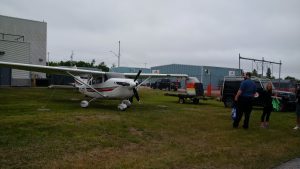