Check out the latest fashions in the new online CASARA store.

Please click on the link below for more information.

A picture says a thousand words… 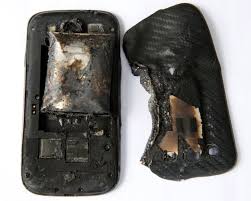 Earlier this month I had the pleasure of meeting Peter Benn the newly appointed Master of the Honourable Company of Air Pilots . I was able to greet him in Ottawa on behalf of CASARA Ontario.I spent a very pleasant day with Peter, Jeremy Tracey the Past chair of HCAP North America and Peter Allen CEO Vintage Wings.

The Master was in Ottawa on his way to Vancouver to meet the CASARA National President, this would be a follow-on to the Masters Trophy won by CASARA last year. As a result of that award the London Court of HCAP elected to grant CASARA an ‘Affiliate Status ‘of the Honourable Company of Air Pilots. There are very few organizations that have received this prestigious certification. He was to present the certificate to our National President at a reception in Vancouver.

Peter Benn was very interested in CASARA its alliances and in particular it’s ability to function seamlessly with the AIrForce. Throughout the day he received extensive briefings from Commander of the Air Force and TSB.

As Jeremy and I were the only members of HCAP and I being the only member of both. The meeting with Peter Benn made for a very informal and pleasant day. With easy discussions on subjects of mutual interest.

Peter hopes to visit N-O-L next year and also to visit with a local unit in operation . He also is interested in doing some local flying. I told him we would be pleased to assist in both instances .

A vote of thanks to Jeremy for hosting not only the evening at the Rideau Club but also for providing transport to ensure we were in the right place at the right time.

A vote of thanks also to the CASARA Ontario Executive for authorizing the Ottawa visit . It was greatly appreciated by all concerned .